HUD awarded $2 billion to 5,800 homeless assistance programs. The Continuum of Care grants are based on annual Point-in-Time studies. HUD reported in December that on one night in 2018, roughly 553,000 people were homeless—65 percent staying in sheltered locations, the rest “on the street, in abandoned buildings, or in other places not suitable for human habitation.” Find a list of grants here.

The White House will announce a plan by next month to end government control of Fannie Mae and Freddie Mac, Politico reported. The hope is to resolve a long debate over the two companies that dominate the mortgage market, according to a top regulator.

Officials in tornado-ravaged Moore, OK, broke ground for The Curve, a low-to-moderate income housing and mixed-use development, and the last construction project to repair part of the city that was destroyed by the May 20, 2013, tornado.

Fannie Mae projects multifamily housing supply will peak in 2019 just as job growth slows. However, most of those units will be market-rate units, which fails to address the affordable housing shortage, according to Affordable Housing Finance. Other projections: vacancy rates will be lower than long-term trends; rent growth will slow.

Some $1 billion is now pledged to address affordable housing in two West Coast technology centers. Last week, firms and philanthropists in the San Francisco Bay area, including Facebook CEO Mark Zuckerberg, said they plan to raise $500 million for affordable housing. The week before, Microsoft pledged $500 million, mostly for housing, in Seattle. Analysts said the grants and loans “reflect both a business reality—it’s increasingly hard to hire in markets where tech employment has sent the cost of housing skyrocketing – and a political strategy.” Other analysts said the investments will alter-public-private partnership models around urban, workforce housing. Will Amazon and Alphabet follow suit?

Bipartisan legislators in Minnesota contend that manufactured homes can play a vital role in easing the affordable housing shortage in major cities, like Minneapolis.

10-Minute Read; Worth Your Time

Sick and struggling in coal country: “The industry that once defined and supported the people living there has burned out,” reports the Allentown Morning Call. “In its place are poverty, sickness and addiction.”

According to a survey of senior-level businesswomen, 39 percent of those who were sexually harassed did nothing out of fear that it would negatively impact their career.* If sexual harassment happened at your  workplace, would you know how to handle it? Check out our new Sexual Harassment: Education and Prevention course, developed for housing professionals, featuring real-world simulated scenarios. 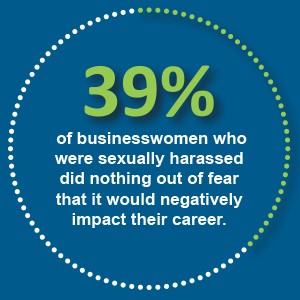