Here is a recent case law affecting housing. To protect confidentiality, some identifying details have been removed.

The Claim
A claim was filed against a member public housing authority and its affordable housing affiliate for significant injuries and damages sustained by a person who slipped and fell on the property due to snow and ice. Liability was denied, but a lawsuit seeking compensatory damages was filed in state court. 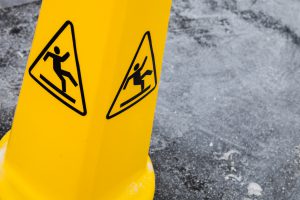 At Issue
Defense counsel argued that the case should be dismissed because the wholly owned affiliate was an instrumentality of a public entity, which is immune from tort liability under the state Governmental Immunity Act. Counsel further argued that the exception to immunity for a dangerous condition on a walkway leading to a public building open for business didn’t apply because a housing facility is not generally accessible to the public.

The Result
The appellate court agreed with our argument and upheld the lower court’s decision. They also awarded us attorney’s fees and costs. The plaintiff filed a petition for writ of certiorari in state Supreme Court, which was granted, effectively ordering the lower court to deliver its record to the higher court for review. We were prepared to move forward with the appeal when we were offered an opportunity to discuss a resolution. The claim ultimately settled for significantly less than the plaintiff’s demand and allowed for favorable case law to be preserved.