Board of Directors Announcement and Summary of Election

HAI Group is pleased to announce the 2018 Board of Directors! To learn more about your newly appointed representatives, please read the biographies of our Board Members on our new Governance page.

All HAI Group Members have the chance to vote in elections every year. Read on to find out more about the election of your 2018 Board of Directors and how you can be involved in future elections as a member.

In accordance with the Housing Authority Risk Retention Group (HARRG) and Housing Authority Property Insurance (HAPI) bylaws, the 2017 election cycle included a slate of Directors previously approved by the Board of Directors. Ballots for both HARRG and HAPI were released to the membership on August 8, 2017, and included the slate of candidates and the option to include write-in candidates. Ballots were collected until Tuesday, September 12, 2017, at 8:00 am.

Each Member had one vote for each $1,000 of the Member’s allocated surplus account balance in effect thirty (30) days prior to the date of the annual meeting on Tuesday, September 12, 2017. Upon receiving completed ballots for either HARRG or HAPI, the appropriate number of votes were allocated based on the surplus balance of the Member that returned the ballot.
The total votes were tallied, and the results of the election were presented at the 2017 Annual Meeting of Members on September 12, 2017. 23,356 votes were cast in the HARRG election, resulting in the election of the following individuals to the HARRG Board of Directors:

12,628 votes were cast in the HAPI election, resulting in the passing of the recommended slate including the following individuals to the HAPI Board of Directors:

Per the HARRG and HAPI bylaws, HARRG and HAPI maintain the same Board of Directors. Therefore, the election through HARRG brought Jeffery Patterson of Cuyahoga Metropolitan Housing Authority onto the Board of Directors for all HAI Group companies. The HAPI election maintained the positions of all of the Directors included in the slate. All of the Directors elected would begin or continue service effective January 1, 2018.

The 2018 election cycle will begin on August 27, 2018, with the release of the ballots to the Membership. The collection of ballots will take place, and an announcement of the results will take place at the September Annual Meeting of Members, taking place Thursday, September 27, 2018. We hope you will participate in this year’s coming annual election. Please direct any questions regarding the 2018 annual elections can to . 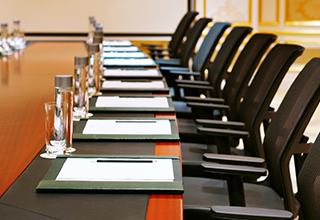