The Cincinnati Enquirer requested public records, including body cam footage from the Cincinnati Police Department, in an incident involving the tasering of two suspects who were allegedly resisting arrest. Reportedly over concern for the identity of their undercover agents, the police department denied the request. The Enquirer filed an action for a writ of mandamus in the Ohio Supreme Court. After the complaint was filed, the city provided the videos to the Enquirer. In the videos, the faces of plain clothes officers were concealed because the officers operated covertly and disclosing their faces could compromise their safety. The Enquirer challenged the city’s decision to obscure the faces. 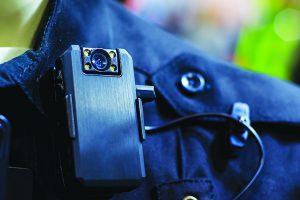 The Ohio Supreme Court concluded that the redactions were proper due to risk of harm to the officers if their identities were disclosed. Additionally, the request for a writ of mandamus was denied as moot because the city had provided the requested videos after the writ was filed.

The Supreme Court also concluded that the city’s own representation that the videos contained nothing of investigative value was evidence that it had acted in bad faith when it produced the videos only after the complaint was filed, and attorney’s fees and costs were awarded to the Enquirer.

Public records requests for body camera videos are becoming more common, and may present municipalities and PHA’s with obstacles because of the time sensitive nature of production and legitimate privacy concerns.